The General Inspectorate of the Romanian Border Police  implemented this action in coordination with the Border Police Department of the Ministry of Internal Affairs of Moldova.

Following the need expressed by the Moldovan authorities and in cooperation with the General Inspectorate of Romanian Border Police, this 9-month action aimed to strengthen border manage-ment capacities and cross border cooperation aligned to the lat-est development of the European Integrated Border Management (IBM) concept.  The Action contributed to the capacity building of the National Council for Integrated Border Management (NCI-BM) of Moldova with the aim to ensure conformity with relevant EU acquis and standards. It also strengthened the institutional capacity of the Border Police Department of Moldova through knowledge transfer and implementation of an e-learning pilot project in line with Frontex Common Core Curricula. 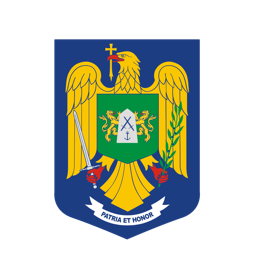 Component 1: Deployment of a Long-Term Expert for 6,5 months

Through this activity, a Romanian Long-Term Expert (LTE) was deployed to support the capacity of Moldovan authorities in the border management.

Three training sessions of five days each targeted 84 Moldovan officials with competences in IBM and aimed at enhancing their knowledge on relevant topics such as migration policy, refugee crisis management etc.

The activity resulted in the creation of an e-learning platform to enhance the institutional capacity of the Border Police Department through the transfer of knowledge in the field of IBM. 12 Moldovan experts were trained on the administration of the platform to ensure sustainability.