The Estonian Academy of Security Sciences implemented this action with the participation of the Ministry of Interior of Latvia in coordination with the Office of the State Minister of Georgia on European and Euro-Atlantic Integration, the Ministry of Internally Displaced Persons from the Occupied Territories, Accommodation and Refugees of Georgia.

This action contributed to the EU-Georgia Mobility Partnership signed
in 2009 by building capacity to better implement its asylum policy,
through innovative and interactive training solutions in Georgia.
Within the framework of the Action, Georgian officials were
trained on various complex scenarios in the asylum procedure
and on detention and accommodation of asylum seekers. The
trainings substantially contributed to the enhancement of Georgian
asylum system and asylum policy via skills development,
leaning and experience sharing. 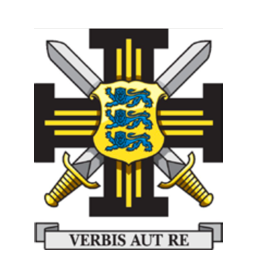 Part of the Action identified the training needs based on the Georgian asylum procedure and introduced new training methods such as virtual reality simulation that allowed trainers to reproduce realistic scenarios and exercise the asylum process from registration of the application through to decision-making.

This activity enhanced the knowledge of Georgian practitioners by providing a training on evidence assessment, COI research and in-terviewing technics and a virtual simulation exercise applying the Georgian asylum system based on realistic scenarios. High levels of realism, complexity and dynamism of the scenarios ensured that trainees acquire necessary skills for processing asylum applications.

Part of the Action was to identify the training needs based on the Georgian asylum procedure and introduce new training methods such as virtual reality simulation that allows trainers to reproduce realistic scenarios and exercise the asylum process from registra-tion of the application through to decision-making.