The Spanish National Police implemented this action in coordination with the Direction Générale de la Sécurité Nationale of the Kingdom of Morocco.

Implemented by the Spanish National Police/Spanish Ministry
of Interior, General Directorate for International Relations and
Migration, the 8-month Action supported the strengthening of
the technical and operational capacities of the Moroccan border
control forces through the purchase of equipment and the provision
of in-depth training to police officers. The implementation
process was complemented by bilateral exchange and participation
in study visits and seminars that exposed participants to
latest practices of the of air, land and sea borders management
in Spain. The action contributed to an important improvement
of the technical resources available for fighting organised crime,
the facilitation of irregular migration and trafficking in human beings
in the EU neighbourhood. 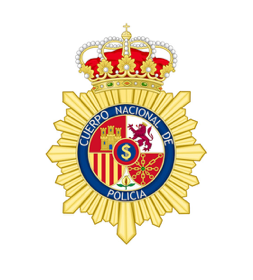 218 participants (first and second line officers) were trained in ten training sessions on the detection of document fraud and 25 officials participated in study visits to Spain, dedi-cated to different types of border management systems.  A high-level seminar on police cooperation between Spain and Morocco reinforced bilateral partnership on this important issue. The Moroccan officials involved in the trainings and exchanges gained deeper knowledge and learned about new trends, modus operandi and tactical procedures with regard to document forgery. Trained officials acquired the skills of using new equipment, tools and applications needed for de-tecting forgeries.

The objectives of the Action contributed to the objectives of the Mobility Partnership between the EU and Morocco, the EU Action Plan against migrant smuggling, the European Strategy against trafficking inhuman beings, the European Neighbourhood Policy, the Euro-Mediterranean Partnership agreements and the dialogues on migration between Africa and Europe held within the Rabat Process.