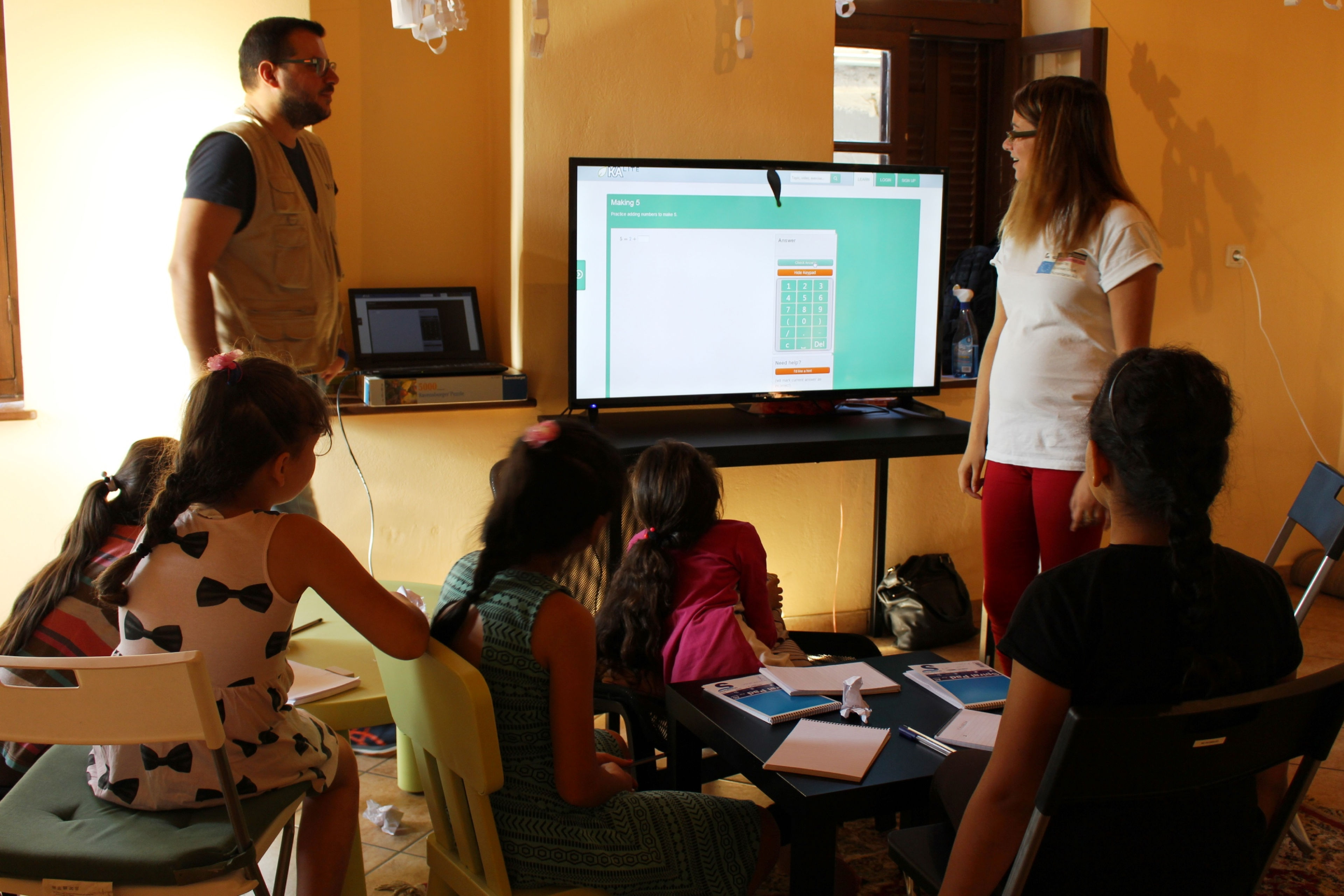 Over the past several decades, there has been a significant and sizable flow of economic migrants from Eastern Europe to the European Union, seeking better employment opportunities and higher living standards. Many of these migrants are parents who have left their children behind, giving rise to the formation of ‘transnational families’ defined as familial groups wherein members live partially or fully in separation but foster a sense of familyhood, interdependence and collective welfare across borders. The main motive for parental migration has been to increase family income by sending remittances back home.

Transnational families are a stark reality in Moldova and Ukraine. In Moldova, around 21 per cent of children (150,000) have at least one parent living abroad, while approximately 5 per cent of children (35,000) have both parents abroad, according to the latest available data. In Ukraine, 200,000 children are left behind by at least one parent, which concerns up to 25 per cent of all children in certain regions as per the latest research. In 2021, the ‘Children Left Behind by Labour Migration: Supporting Moldovan and Ukrainian Transnational Families in the EU (CASTLE) project was launched to explore the situation of transnational families and children staying behind.

CASTLE is conducting research to explore implications for policy and practice in the area of labour migration and mobility in Moldova, Ukraine and EU destination countries. The project is funded by the European Union through the Migration Partnership Facility (MPF) of ICMPD and is implemented by Babes-Bolyai University in collaboration with Terre des Hommes Romania, Terre des Hommes Moldova, Terre des Hommes Ukraine, the Ukrainian Institute for Social Research after Oleksander Yaremenko and the Academy of Economic Studies of Moldova.

The research conducted entails interviews, among others, with ‘children staying behind’ in Moldova and Ukraine, giving them a voice in describing their experiences and views on their parents’ migration and the transnational nature of their families. Notably, the project adopts a participatory approach in which the children, as well as adults, are actively engaged as co-researchers. The main findings are presented below:

Different Understanding of the Reasons for Leaving

…. He knows that a family is waiting for him at home” (Ukrainian child)

Often, Moldovan and Ukrainian children are passive participants in the decisions to migrate and are typically ‘told’ the decision despite shaping their parents’ motivations to migrate in the first place. The participation is passive in the sense that children are expected to understand and accept the economic arguments that factored into decisions to migrate and endure the sacrifices. The separation that follows from the parental migration is experienced by children as a feeling of loss. The lack of a definitive return date also creates uncertainty, suspending the children into a limbo state that can have an adverse psychosocial impact.

The findings show that left-behind children view leaving and staying in a more nuanced, open and fluid manner than parents, valuing emotional resources and well-being over better economic prospects in a very profound way. For instance, one Ukrainian child was perplexed by the apparent non-necessity of migration for more affluent families, not understanding that migration is one of the few options for economic survival in their case. In this manner, the research uncovered that children formulate their own narratives about separation that can have adverse consequences stemming from the emotional ordeal of being ‘left behind’ if they cannot reconcile their own emotional needs with the necessity for parents to leave for better economic opportunities.

For the most part, Moldovan and Ukrainian transnational families maintain abundant communication facilitated by technological advancements such as smartphones and social media. The ability to communicate instantaneously has enabled a high degree of co-presence and a higher level of intimacy. It has allowed transnational families to renegotiate their relationships and make timely decisions given the closer involvement. For example, parents can carry out long-distance communication with their child's school, enabling them to monitor and hold children accountable for school performance. In some instances, it was reported that previously dysfunctional relations improved due to distance and the “value of time together”. In another case in Moldova, the relationship between a child and their father improved: “My relationship with Dad improved once he left to Belgium. It was a very strange thing for me, there were issues, and in order not to bring them home and tell Mom, he told them to me. He saw that I had matured, that I have my own point of view.”

In a few cases, transnational families struggled to establish emotional intimacy and manage relationships from afar, with non-communication as the topic of contention: “They call me to ask why I haven’t (called them), I tell them it was them who haven’t called me” (migrant father in Ukraine). In one case in Moldova, the caregiver forbade direct communication with the migrant parent, and in another case (also in Moldova), online communication degenerated into an addiction.

These preliminary findings reveal the importance of supporting Moldovan and Ukrainian transnational families in the renegotiation and re-forging of relationships through technology channels to establish effective parent-child communication and improve the quality of parent-child relationships.

Relationship with Caregivers - From Intimate and Functional to Superficial and Conflictual

To a large extent, according to the preliminary findings of the research, caregiver-child relationships improve out of necessity. However, there is an effort made to maintain the caregiving role of the parent, which is captured by a quote from a Ukrainian child: “Even if help is provided to a family with one or more parents abroad, there are things that the away parent can only do. It is unrealistic as you cannot replace a person.” The quote indicates the tension that arises within transnational families actively working to preserve the role of parents.

A mitigating factor for preserving strong parent-child relations is the presence of caring figures in the parents' place to navigate children's emotional vulnerabilities. In a Moldovan case, a caregiver became a role model, which arose from their profession as a lawyer and in contrast with the more modest profession of the parents. In an opposite case, Ukrainian children were left to the care of an extremely harsh grandmother, resulting in the children falling under state custody. Another finding of the research was that the involvement of maternal or paternal grandmothers in care transfer arrangements that was previously the norm decreased in both Ukraine and Moldova, with very little mention of grandmothers taking on care duties. This phenomenon is attributable to grandmothers working themselves, either domestically or abroad. The void created in the absence of grandmother caregivers is typically filled by another parent or by younger female family members.

The findings thus far highlight that while caregivers provide a continuity of care, children in transnational families confront confusion and difficulty navigating either a maternal or paternal absence. This can be mitigated by compassionate caregivers that assume the caregiving role, establishing new bonds with the child whilst supporting the preservation of the emotional bonds that anchor the parent-child relationship.

Children in transnational families seek a sense of normalcy, belonging and mutual acceptance from their peers. A Moldovan child remarked: “Nothing changed with respect to friends, they encourage me and support me in my mother’s departure…I discuss my mother’s departure with classmates since they too have parents abroad. We try to help and encourage each other, support and help each other in our needs since we understand how difficult it is with no parents around.”

Interestingly, children reported that it is generally acceptable to receive support from the community (peers, teachers, neighbours etc.) because the vast majority of families are confronted with transnationalism, but that they distrust institutions or organisations that may support them, viewing targeted support from these entities as unnecessary since “it was their parents’ own free decision to migrate.”

Moldovan and Ukrainian children expressed appreciation and acknowledged the need for support by peers, social media groups, teachers and community organisations. Another youth suggested that economic assistance should be provided to migrant families at ‘home’ and in crisis situations.

Overall, the preliminary findings of interviews highlighted the importance of peer groups in fostering belonging engendered through hobbies, sports and cultural events. While remaining behind, children cannot compensate for a parent’s absence, but alternative attachments and new belongings need to be forged, which can build the child’s self-esteem and lead to positive growth and development.

The Research Centre for Study of Transnational Families

The CASTLE project will continue to conduct fieldwork to shed more light on the experiences of transnational families and, more specifically, children left behind in Ukraine and Moldova.  The issues uncovered in the research will be fed back into ongoing focus groups and public authority interviews to detail and unearth further insights that will be disseminated as policy recommendations to beneficiary countries, transnational families, public authorities, NGOs and the media.

The project has also established a Research Centre for the Study of Transnational Families hosted by the Babes-Bolyai University of Romania. The centre will continue to advance action research and institutionalise the study of transnational families in Eastern Europe, which is presently scarce and dispersed, to raise public, political and media attention to the hidden issue of left-behind children to improve their conditions through the adoption and implementation of more effective policies, practices and programmes.