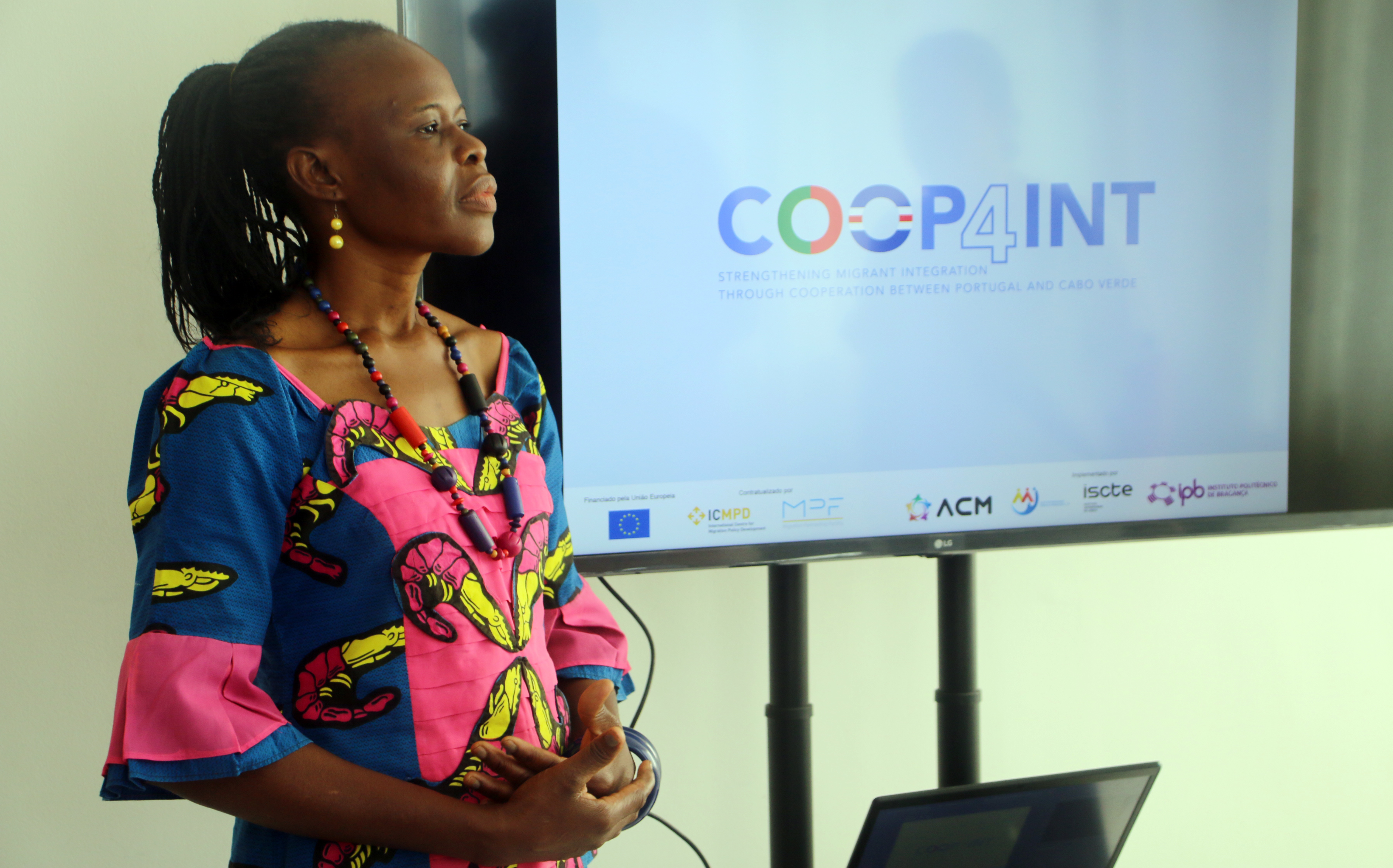 Franceline's bond with Cabo Verde began when she married her late husband, a Caboverdian who had emigrated for 40 years but was eager to return to his homeland with his family. Franceline moved to Cabo Verde in 2017 with her husband and three children. As an immigrant of Burkinabe origin, Franceline had to start her life from scratch: moving to a new country with her family, without any support or acquaintances, was a difficult ordeal, but she soon grasped the value of Cabo Verde's warm welcome and the beauty of a country that remains a little-known to Burkinabe citizens.

Franceline worked for many years as a cook in Burkina Faso and Mali and specialised in a mix of French and African cuisine. When she arrived to Cabo Verde, she continued in this profession, infusing Cape Verdean culinary influences into her dishes, which became popular with customers. But personal and economic difficulties related to the Covid-19 crisis led her to change jobs and seek the support of Cabo Verde's Ministry of Family and Social Inclusion, which referred her to the services of the High Authority for Migration (Alta Autoridade para a Imigração - AAI). Franceline was able to access comprehensive support from the High Authority for Migration which offered administrative, training, logistics and social integration services.

Inspired by the support provided in her time of need, Franceline founded an association bringing together the Burkinabe community residing in Cabo Verde to promote socio-economic integration, the development of social links with the host community, and the promotion of intercultural interactions between the Burkinabe community and the Cabo Verde population, thereby raising awareness of Burkinabe culture, national customs, and values. She now sees a bright future for her family in Cabo Verde and hopes that her children will both navigate and be proud of their Burkinabe and Cabo Verdean heritage.

The High Authority for Migration - AAI, whose mission is to coordinate and implement national policies and measures for the reception and integration of immigrants in Cabo Verde, allows immigrants like Franceline to maximise their contributions to the host society by addressing integration and regularisation challenges through access to basic services such as employment, education, health, and social security. In the words of Ms Carmem Barros Furtado, President of the High Authority for Migration - AAI, "Cabo Verde is known as a country of origin, but Cabo Verde is also a country of destination. We now receive migrants coming from different countries, mainly from other West African countries. [...] Recognising this context of migration and diversity, we started in 2009 the development of the National Immigration Strategy and then finished in 2013 the elaboration of our first Action Plan on Migration". The second Action Plan followed the earlier migration frameworks, which had a period of implementation from 2018-2020 (extended until 2021), and focused on strengthening the mechanisms for the reception, regularisation, and socio-economic inclusion of migrants through integrated action by central and local authorities and public services.

To bolster its capacity to integrate incoming migrants, the High Authority for Migration of Cabo Verde is implementing a project, entitled 'Strengthening Migrant Integration through cooperation between Portugal and Cabo Verde – Coop4Int', funded by the European Union through ICMPD's Migration Partnership Facility (MPF).Coop4Int is coordinated by the High Commission for Migration of Portugal (Alto Comissariado para as Migrações - ACM). The project is in line with the MPF’s aim of supporting the external dimension of EU migration policy and its work in forging partnerships between EU Member States and priority partner countries to more effectively manage migration.

Portugal has been recognised for its integration policies based on a whole-of-government approach, reflecting the complexity of the integration of immigrants into society. Since 2003, Portugal has implemented Local Support Centres for the Integration of Migrants (CLAIM), in cooperation with municipalities, civil society organisations, and universities. These offer a decentralised response to migrant integration support. Portugal also has four National Support Centres for the Integration of Migrants (CNAIM) that act as a one-stop-shop model. As underlined by Ms. Sónia Pereira, High Commission for Migration of Portugal, "this model promoting the integration of migrants is shared with Cabo Verde for the necessary replication. [...] It also encompasses training, involvement of migrants' associations in the diaspora, and contributions to a model that partner countries can establish not only in contact with the diaspora abroad, in Portugal for example, but also in dealing with migrants in their own countries".

With the High Commission for Migration of Portugal in the lead, the Coop4Int project seeks to promote some of Portugal's best practices in the field, aligning with Cabo Verde's Action Plan which is now in full force. The ultimate aim of the project is the improvement of the integration of migrants into Cabo Verde society, which will be engendered through the development of tools and services provided locally to migrants, and the strengthening of cooperation on migration management between Portugal and Cabo Verde.

To learn more about the cooperation between the two countries on migration management and their participation in the Coop4Int project, we invite you to watch the two video interviews with Ms Pereira and Ms Barros Furtado.